Lendell Porterfield is CEO of Porterfield, Fettig & Sears, LLC, (PFS), a highly regarded and successful bipartisan government relations firm based in Washington, D.C.  Founded in 2006, PFS has successfully established its role as a results oriented firm that provides sage advice and effective representation with the utmost integrity.

Porterfield started his lobbying career in 2001 after serving as Senator Richard Shelby’s senior advisor on the U.S. Senate Committee on Banking, Housing and Urban Affairs.  In that role, Porterfield analyzed and reviewed the economic and legal implications of legislative and regulatory measures with leaders of the financial services industry.  Porterfield managed Senator Shelby’s financial services legislative agenda in the 104th-106th Congress and played a key role in the development and passage of Gramm-Leach-Bliley Act of 1999.  Porterfield previously served as staff director for the Subcommittee on Financial Institutions and Regulatory Relief where he helped manage and guide the Economic Growth and Regulatory Paperwork Reduction Act of 1996 into law.

Listed in The Hill newspaper as a top banking lobbyist in Washington, Lendell is considered a policy expert and has been quoted in many of the most influential news publications including, The Wall Street Journal, Financial Times, The Wall Street Journal Europe, Bloomberg, Reuters, Politico, Roll Call, CNN Money, the American Banker, Hedge Funds Review, Alpha, Opalesque and more. 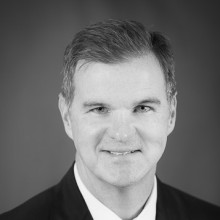