Maggie Gasser is Policy Analyst at Porterfield, Fettig & Sears LLC (PFS). Prior to starting as a Policy Analyst, she was a Legislative Assistant at PFS from 2017 to 2018. Gasser then departed the firm to receive her Master’s degree in European Studies with a focus on Central and Eastern Europe at Jagiellonian University in Krakow, Poland. While completing her degree, she interned at the Institute for Strategic Studies (Fundacja Instytut Studiów Strategicznych) and aided the organization with their annual international security conference.

Her leadership as President of the Alexander Hamilton Society at the University of Dallas chapter furthered her interest in economic statecraft, foreign policy, and national security. Gasser has also dedicated a significant amount of time to grassroots campaigns in Virginia. In 2014, she also interned for the American Conservative Union in their Government Relations department where she monitored and researched legislation at both the state and federal levels.

A native of Northern Virginia, Gasser received her B.A. in History and Politics from the University of Dallas. 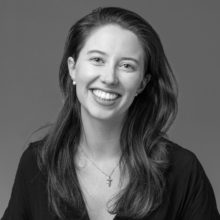