Dwight A. Fettig is a Partner of Porterfield, Fettig & Sears, LLC (PFS). Fettig returned to the firm in January of 2013 after leaving in 2010 to serve as Staff Director for the U.S. Senate Committee on Banking, Housing and Urban Affairs under the leadership of Chairman Tim Johnson.

As staff director, Fettig organized staff, set and implemented the agenda for the Committee. During Fettig’s tenure, the Committee undertook comprehensive oversight of the implementation of the Dodd-Frank Act by the financial regulators. The Committee passed bipartisan bills such as reauthorization of the Export-Import Bank, the National Flood Insurance Program (NFIP), the transit title of the Surface Transportation bill, Iran and Syria sanctions, as well as legislation to protect information provided to the Consumer Financial Protection Bureau (CFPB) and reduce the duplication of ATM fee disclosures. Fettig also directed more than 30 nominees through the Banking Committee confirmation process in 2011 and 2012, including nominees at the Federal Reserve Board, Department of Treasury, Office of the Comptroller of the Currency (OCC), Federal Deposit Insurance Corporation (FDIC), Securities and Exchange Commission (SEC), and Council of Economic Advisers (CEA).

Fettig is a frequent Washington panelist, having participated in the American Banker’s annual legislative and regulatory conference, Bipartisan Policy Center panel on mortgage finance issues, as well as a guest appearance on the C-SPAN program Washington Journal.

Prior to joining the firm in July of 2009, Fettig enjoyed several jobs off the Hill, including, Senior Policy and Legislative Advisor at Arnold & Porter LLP and Senior Director of Government and Industry Relations at Freddie Mac.  Fettig started his career in Washington with then-Congressman Tim Johnson, gaining policy experience in financial services, housing, appropriations, taxes, healthcare and energy.

A native of Bismarck, North Dakota, Fettig graduated with a B.A. degree in Political Science from Minnesota State University Moorhead.  Fettig currently serves on the Board of the National Law Center on Homelessness & Poverty. 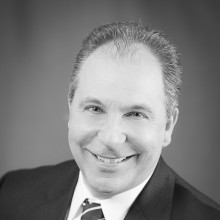